On Monday, January 11, 2021, during the annual reorganization of the school board, the board of school trustees nominated and elected new officers for the 2021 calendar year. The new officers for 2021 are:

President-Bradd Weddell- Mr. Weddell served the school board as president for the last two years and led the board in the search for a new GCS superintendent.

Vice President-Roger Nafziger- Mr. Nafziger first began serving on the school board in 2014. He served as Secretary of the board for the last two years. He has served as a development officer at Goshen College for fifteen years.

Secretary-Amanda Qualls- Ms. Qualls has been on the school board since 2018. She lives in Goshen with her son and her husband Courtney Collins, who is employed by Goshen Schools as a Technology Associate.

New to the Goshen Community Schools Board of School Trustees in 2021 are Allan Kauffman and Maria Sanchez Schirch:

Allan Kauffman served eighteen years as Goshen’s mayor. He also served as District 2 City Council member, at-large City Council member, and was a member of the Goshen Board of Public Works and Safety. Kauffman is a GHS graduate, and a 1971 graduate of Goshen College. Kauffman and his wife, Carol, are parents of two grown sons who also graduated from Goshen High School. 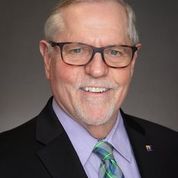 Maria Sanchez Schirch is the new representative for District 2, which includes much of the central city. In a previous news release Sanchez Schirch said, “When I heard that Felipe Merino was not intending to run for re-election, my interest in serving on the Goshen school board was piqued. I’m interested because I believe that education is essential for a community’s development, especially in an intercultural community.”

Sanchez Schirch is employed as an interpreter and translator for several local agencies. She has been a professor at Goshen College, and her husband, Douglas Schirch, is currently a chemistry professor at GC. In 2004 they moved to Goshen, where all three of their children attended and graduated from Goshen Community Schools. 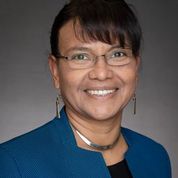